I’ve never been one for limitations, so you’ll find different sections on this website relating to both live poker machines and online pokies. I love a fair go at the pub just as much as the next larrikin, but some days it’s nice to kick back and play my favorite pokies at home where I can eat, drink and scratch when and what as I please (without getting any funny looks). I’ve actually found online pokies to be more generous than the live variety, but we’ll get more into that later.

And a Pokie is… what?

I should probably take a moment to define the Australian term pokie. I tend to forget that we Aussies have a language all our own, and if you’re not originally from Down Under, you might be a bit confused as to what a pokie is. It’s essentially a short term for ‘poker machine’, but not necessarily a ‘video poker machine’ as you might assume. Every other country in the world calls them ‘slot machines’; or what frequent losers in the old days referred to as ‘one-armed bandits’. We just added an authoritative historical overview of the Australian poker machines, that should be beginner’s starting point.

In Australia, we love coming up with shortened nicknames for things—not sure why, it’s just in our nature—thus the term pokies was born years back and to be honest, no one really knows when it happened. But if you traverse the streets of any prominent city in Australia, it’s hard to miss all the pokie-related advertisements amidst the multitude of pubs, clubs and casinos. Suffice it to say, when an Australian gambler thinks of gambling, we think pokies.

Aside from a unique dialect, Australia is just like any other country. We have pubs on every other street corner waiting to indulge the battlers after a hard day’s work. But in our pubs, pokies are as common as pints.  From Melbourne, to Brisbane, to Perth, and everywhere in between, pokie machine manufacturers are raking in the Australian Dollars by installing new poker machines and recreating old favorites with the promises of huge payouts and progressive jackpots abound. At Safe Pokies, I’ll tell you about how Australian culture has been sculpted by pokies, provide information on the various manufacturers and take a look at the local (and foreign) laws and policies surrounding this popular pastime.

The subject of online pokies is a lot more diverse. The internet became a prevalent source of gambling back in the 1990’s, and as technology progressed, so did the Aussies’ love for spinning the reels online. Unlike other gambling amusements like Blackjack or Two Up, pokies are indubitably alike, whether played live or online. They are both infused with a computer software program that deploys virtual graphics and symbolic outcomes based on a ‘Random Number Generator’ (RNG). The only difference is that one is programmed on a computer chip housed in a boxy machine, and the other is integrated into a software platform for download on your computer, tablet or mobile device.

I mentioned above that online pokies were more generous than the live variety—see, I promised I’d get back to that topic—and they really are. That’s not to say a person might not have better luck at the local casino, but mathematically speaking, it’s a fact that online pokies are more productive to a punter’s bankroll than live ones. It’s all about payout percentages. Each poker machine’s RNG is imbued with a predetermined payout percentage set by the manufacturer for the operator. If it’s 90%, then for every $100 it takes in, it will pay out $90 (over the long term, which could be as long as 25 years or more). Because online gambling sites have less overhead (would you want to pay a fancy casino’s utility bill?) they can afford to offer higher payout percentages, in most cases 97% and up. Pokies in Australia are also controlled by complex laws, and we recommend that you visit serious Australian websites for more legal pokies related information.

Unfortunately, online pokies are also the area in which safety has become a large concern for punters. There are literally thousands of online pokie sites, and many of them are perfectly safe to play at. Deposits are secure, personal info is protected and payouts are always forthcoming. But as with most positives, there’s a contrary negative. Not all online pokie sites are safe to play at because not all of them are regulated by a respectable authoritative body. Without regulation, there are no operational guidelines or guarantees that a depositing punter will ever get paid, or any governing rules to ensure the games are fair.

I am just one mate and cannot scour the eternal realm of cyberspace detailing personal experiences from each of the thousands of online gambling sites available to tell you every site that is unsafe to use. I would never have time, and certainly not the bankroll, to pull that off.  But I can assure you that the only online pokie sites you’ll find on SafePokies.com are, in fact, the safest variety on the world wide web.

As the new year approaches, many iGaming operators are looking to expand their services into specific niche areas. Rank Interactive, which controls all Grosvenor Casino and Mecca Bingo websites, is turning the brunt of its attention to mobile casino games, signing a new partnership deal with Realistic Games to meet their strategic goals. Realistic...
Category general-interest by hiddenusername  No Comments
Read More 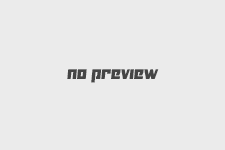 Australian punters can use most major credit cards to fund their online pokies hobby.  Everyone might assume they’ll be able to use a Visa or MasterCard. Your credit options go beyond those two titans of online consumer credit, though. Below are the credit cards which are acceptable at most Australian online pokies sites.  ...
Category Uncategorized by hiddenusername  No Comments
Read More

Neteller is a widespread deposit method for Australian online poker machine gamblers. Any legitimate pokies site is going to offer Neteller payments. The web wallet offers services designed for high rollers, while offering a handy mass market way of paying for your online gaming and electronic purchases. Players who don’t want a myriad of...
Category Uncategorized by hiddenusername  No Comments
Read More